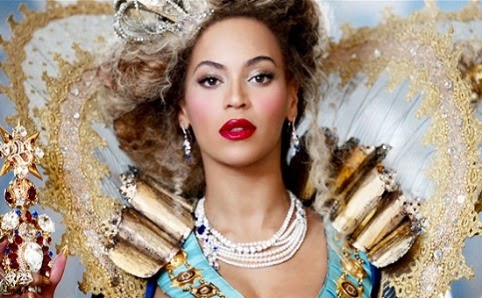 i don't even care about all the bad, i'm giving you good today. we deserve a little good. and this whole week has been coloured by robyn, aka coloured with PURE ABSOLUTE JOY. okay. yoncé. 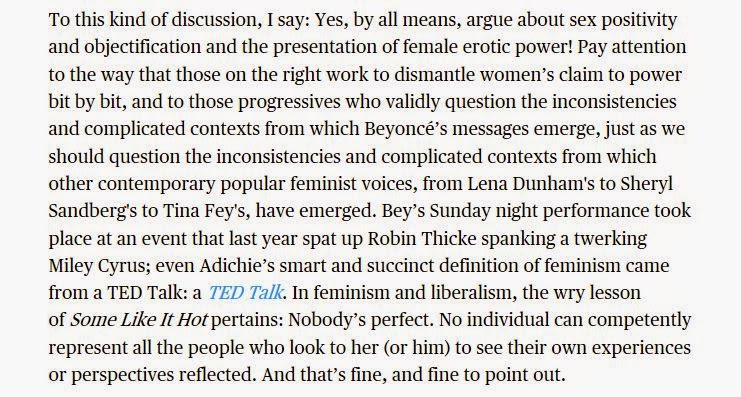 {rebecca traister for the new republic}

* beyoncé's vma performance was the feminist moment i've been waiting for

oh. and, speaking of this week and its colouring... colour me surprised! did you think i would ever be linking you to playboy on feminist friday? bet you didn't.

* flowchart: should you catcall her?

okee dokes, i love you all. happy friday, power-house popstars.
posted by erin k h at 12:15:00 PM No comments:

{durga chew-bose for adult magazine}
* the miracle of love streams
durga starts with a quote from cassavetes, and I will end with the end of it, because: yes.
"Finding tears coming into my eyes during stupid conversations is a miracle. And after so much of my life has been difficult, repellent, and a turnoff, I find that still being able to love is a miracle."
——John Cassavetes, Playboy magazine, July 1971
posted by erin k h at 2:59:00 PM No comments:

(this one deserves very much the capital letters i so rarely use here.)
(and doesn't that fear sound like the fear you have felt being a woman alone in an elevator, cab, bar, boy's home, street, etc etc etc. i find it comforting, though sad, to feel as though i can have some level of connectedness to this pain and fear. that we can share some small solidarity.)

hallo. really i read this yesterday, shhhh. you're not the boss of this blog!

{ales kot puts some numbers out there}

we have come right round to where we started. the original life-saver. one of the greatest joys i know.

tonight i will see robyn for the 2nd time live. and it is everything my heart needs, she always comes at the exact right time. dearest, most beautiful pop star of my soul.

take it from my sight 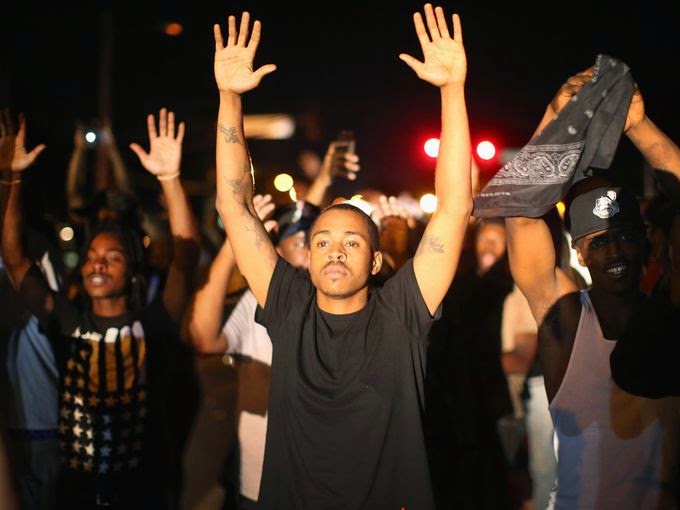 if you are not following what is happening in ferguson, start right this second. this one is a big one. this is one we will remember.

i have been sitting up these last few nights, and last week, watching. suppressing the desire to throw up. not able to suppress the tears. i am thinking about the brother from ragtime... he wanted to say... every day i wake up knowing what you've lost and what is owing...
yeah, i know i'm comparing it to a musical, i know, i know. but it is so fucking sad, that's all i can handle. we are all coalhouse. we are all michael brown.

forgive me the cheesiness. it's all way too much without it.

i read the second autopsy and couldn't stop weeping.
that was an 18 year old boy.
arms up.
head hanging.

and left. laying there.

(someone on twitter pointed out the tragic poetry in the medical examiner being the same man who reviewed the autopsies of jfk and mlk jr.)

we'll never get to heaven till we reach that day...

you do not shoot an unarmed human person six times. you don't. you don't you don't. not for jaywalking or for shoplifting. not for anything.

(and FUCK you for that narrative, as if shoplifting could ever come close to a motive - ignoring that the cop didn't know that michael was suspected. find me a teenaged white girl who never shoplifted a lipstick, a pair of earrings... i honestly can't handle that there are people out there who thought that saying this human, this BOY, wasn't an innocent victim because of fucking shoplifting? or any other bullshit character assassination. it wouldn't matter if he was a total piece of shit. that's not the point. the point is. unarmed. unarmed. no. furious.)

you do not threaten to shoot a reporter when you are supposed to be de-escalating a rage built up by and boiled over by the unjustifiable and obscene shooting of a human person. you do not dress up in military grade armour and call people animals when one of yours has murdered one of theirs.

it is all so very far gone beyond wrong.
a day of peace, a day of pride, a day of justice: we have been denied. let the new day dawn, oh lord i pray... 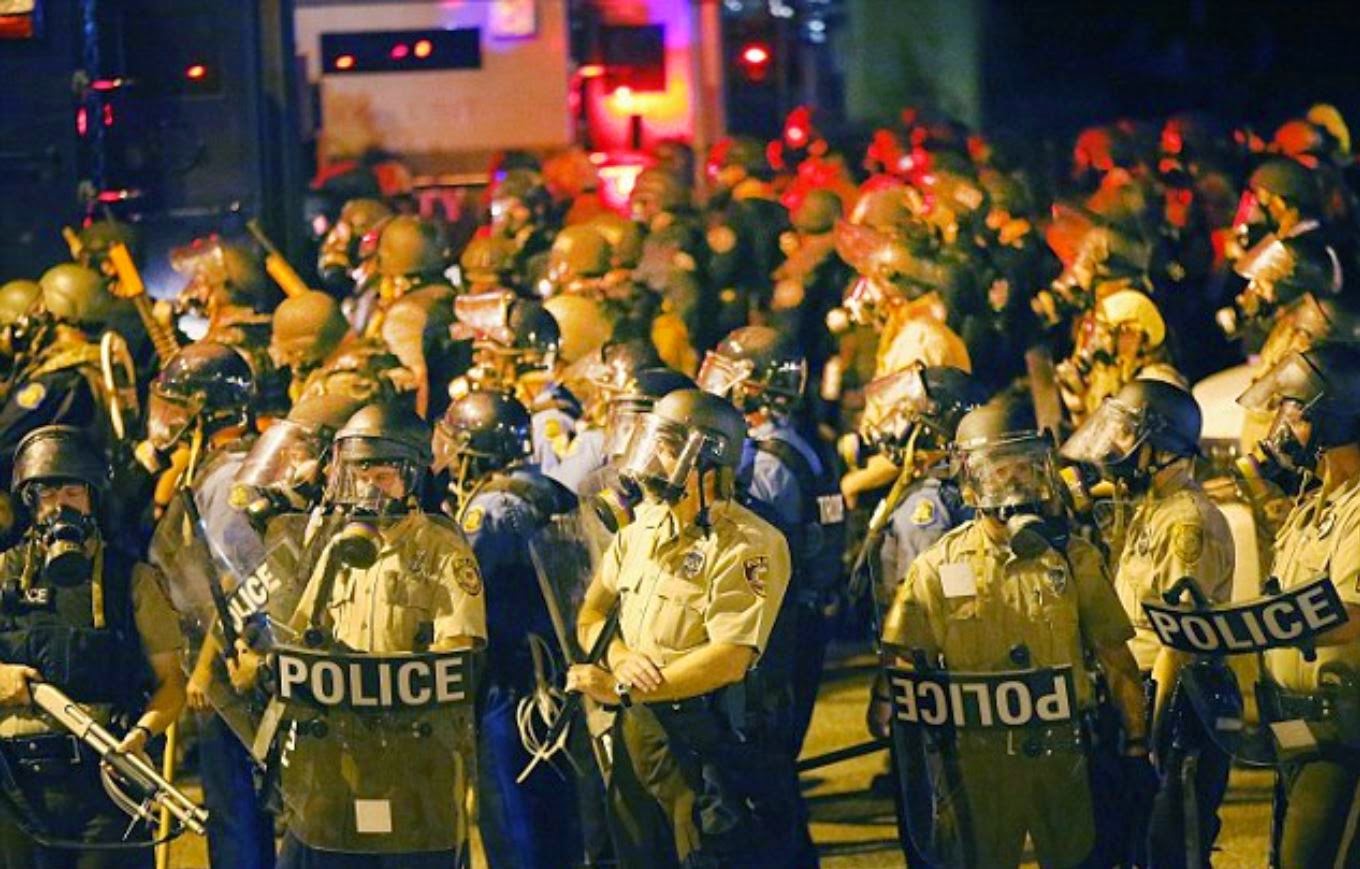 way too many feels right now. oh world, whatever will we do with you?

Email ThisBlogThis!Share to TwitterShare to FacebookShare to Pinterest
labels: dark hearted, music, sia, singing, sml, straight for the knife, this is hard sometimes

* some truths about female desire

ooooo baby, who just had their mind BLOWN?!
happy friday, half-poodles.
posted by erin k h at 1:43:00 PM No comments:

find the thing that helps you stick around. flowers. trees. when things are okay, the list can be a million times longer, but when things are not okay, a list of one or two... it can be enough. it could be.

recently i added: books. if one option is to not be here, and another option is to quit everything and read books in bed for the rest of forever, forsaking all other things (except, of course, flowers, dogs)... i'm just saying... it is an idea.
posted by erin k h at 12:14:00 PM No comments: 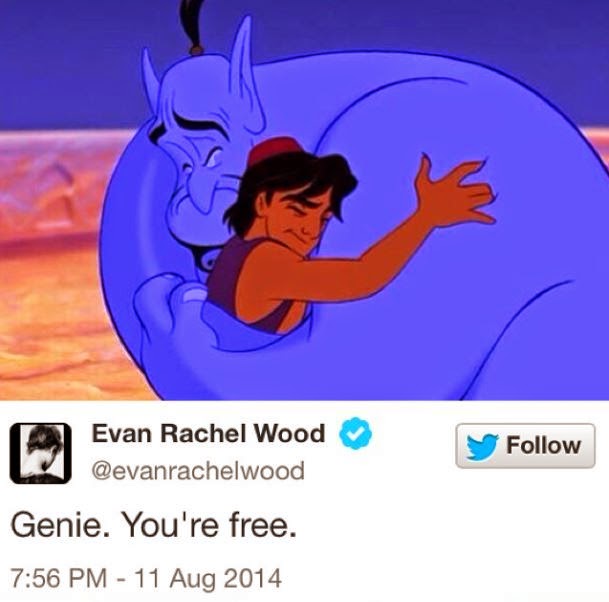 twice this year i have cried and cried and cried over the death of a celebrity. being empathic to a crippling degree means i get real sad about stuff all the time, and i'm generally pretty okay at being rational while being sad, but these two got through real deep. philip seymour hoffman, robin williams.

i've talked about depression times a million on here, and elsewhere, and i'm tired so tired and would probably just say the same things again, open heart breakable heart, void vs ache, the nothing, and and and, so go back and read if you feel like it. there are also other people saying things too, of course. i am grateful to them.

today, just : there are a lot of spectacular amazing gifted giving smart funny gentle badass beautiful humans on team depression. it makes being in the club a little better to think about them. the ones who talk and do and fight however they can, even if it is just tiny in my livingroom, they make it better to be a person who has been depressed and will pretty much certainly be depressed again at some point. but. oof. it is a hard team to be on. of course. because it is a team that loses a lot, a lot of good ones, best ones. this year has been a bad one for our team. and i am so sad.
posted by erin k h at 12:18:00 PM No comments: 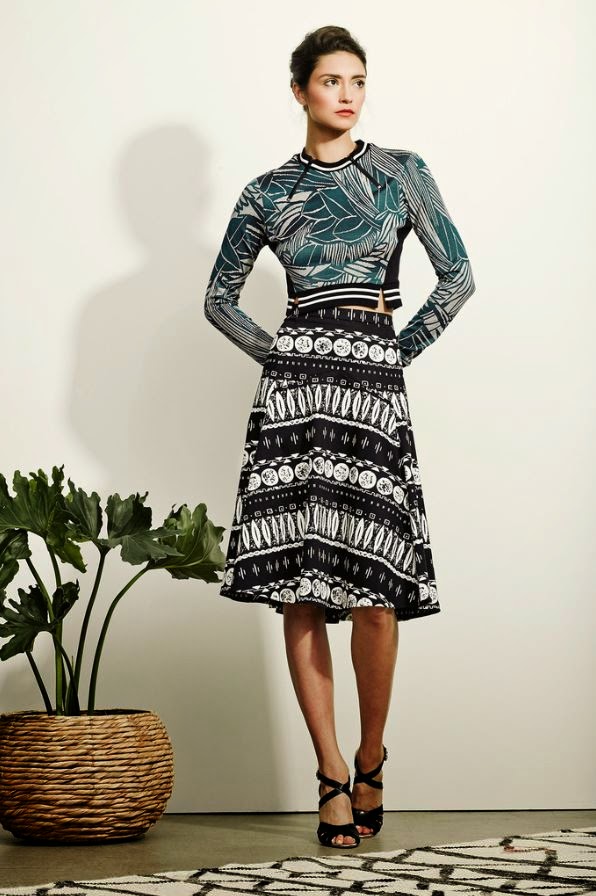 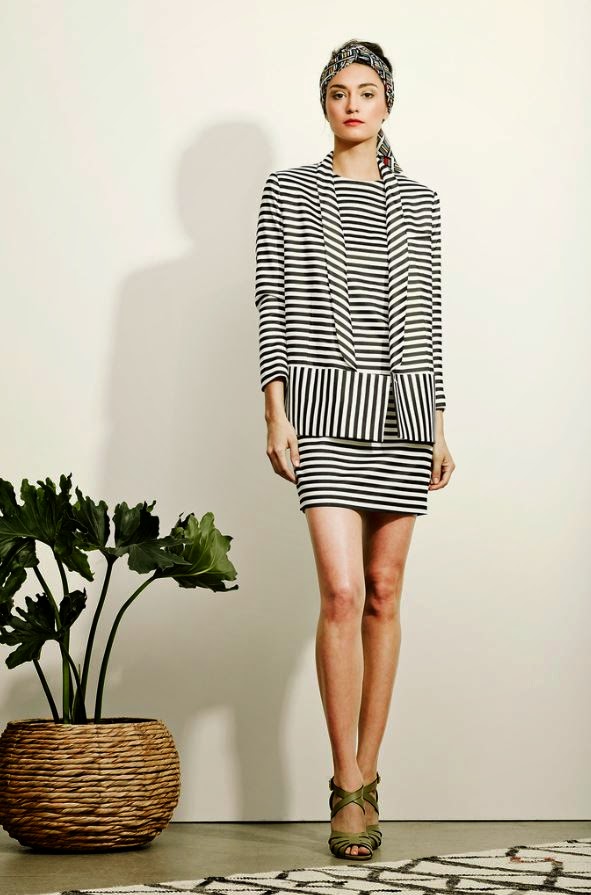 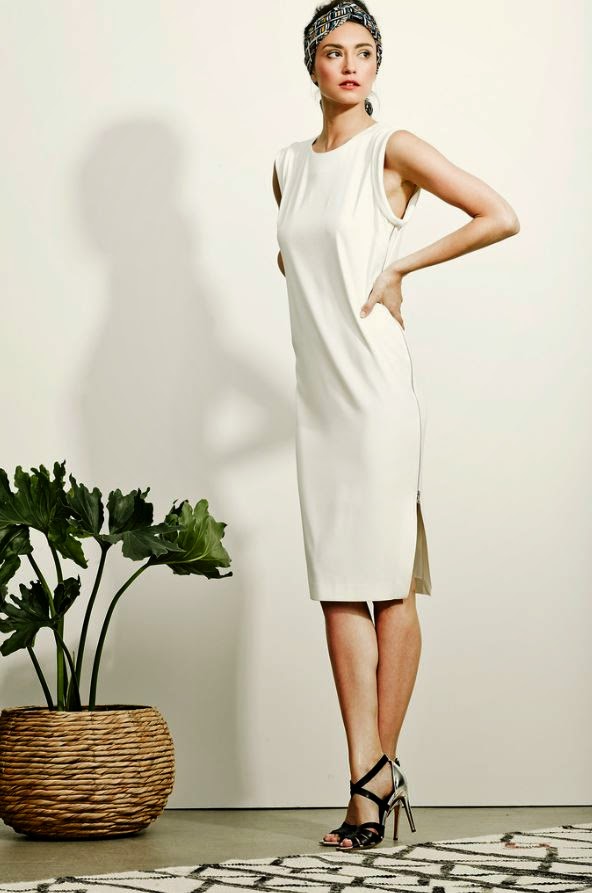 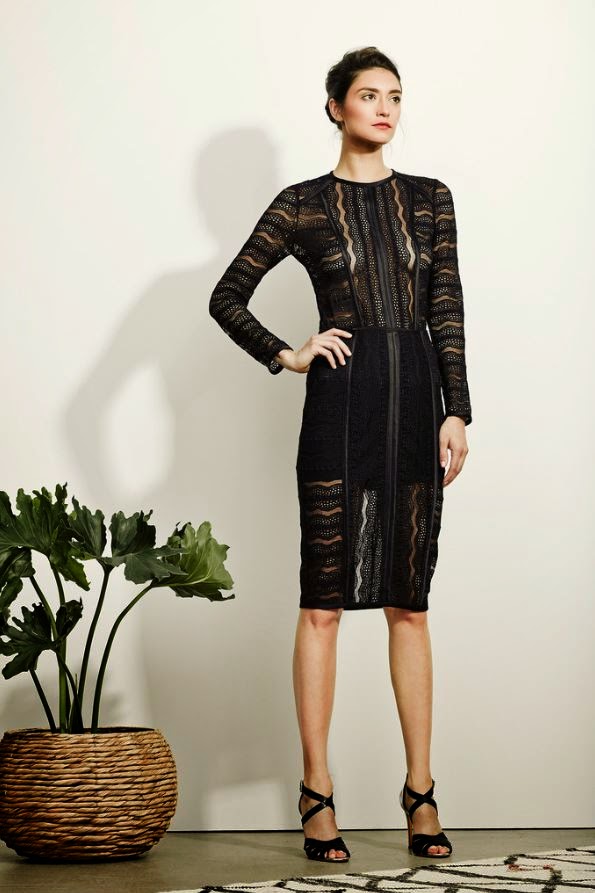 {veronica beard resort 2015, photos courtesy of veronica beard by way of style.com}
posted by erin k h at 10:27:00 AM No comments: 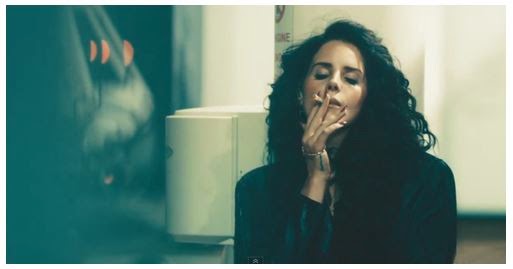 i cannot get enough. of. ultraviolence. (if you haven't been paying attention to/drowning in my tweets about it, ultraviolence is the new lana del rey album. and it. is. great.)

i'm hesitant to even let you listen to just the one song. because really, it is a whole thing. the experience of the whole album. blah blah, for more articulate conversation on the topic, read this.

secret not-so-secret share: this album is SO FUN to sing along to. such great opportunities for harmony. so much sighing and rolling around in head voice like the alto playing the disney princess.

okay. you caaaan listen to the whole shebang below, and i strongly recommend it. yes. i mean. if the opening guitar twang doesn't get you sooo excited, i am not sure we can be friends anymore. 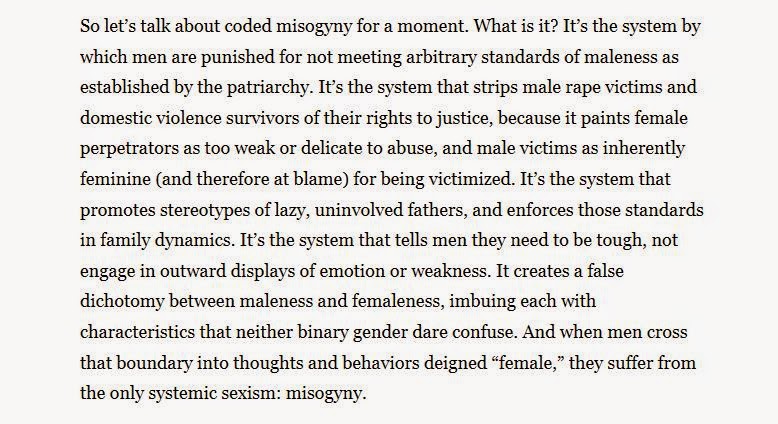 i shared this piece earlier via the facebook, but i wanted to come back to it again here. because yes. i mean, first of all: don't wear a fedora. a tiny tiny section of humanity can pull off a fedora without looking like a complete asshole, but i mean TINY.

and also, yes. i'm not interested in having you around if you don't listen, don't learn. i have a lot of really spectacularly wonderful man-humans in my life. the top-est of top quality. i don't neeeeed more men around. i don't care, anymore, to take menfolk by the hand and tenderly lead them through the big bad world of gender-theory like a mother trying to rationalize with a raging toddler. i don't wanna.

happy friday, my misandry army!
also,  you know i just wanted an excuse to use this, again: 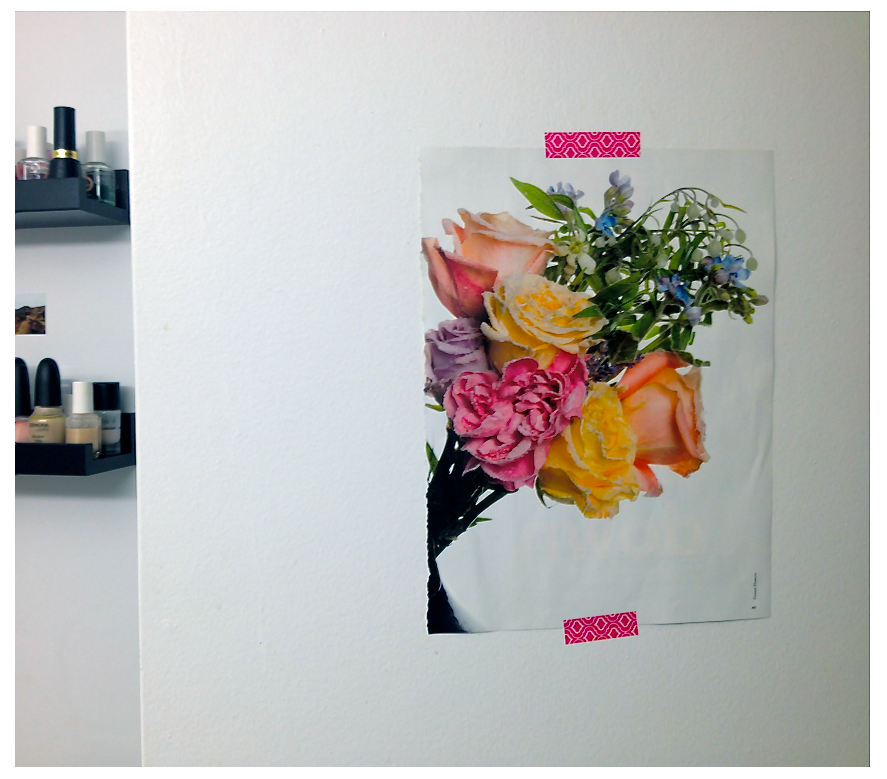 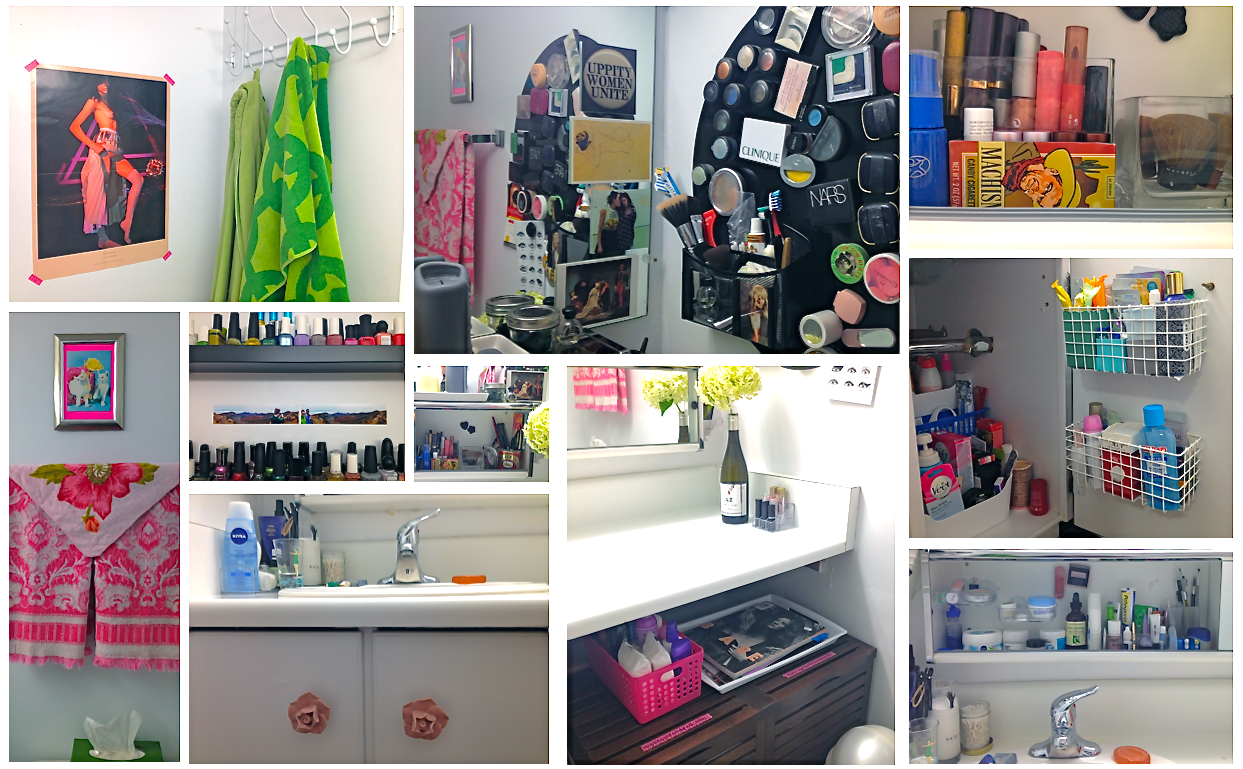 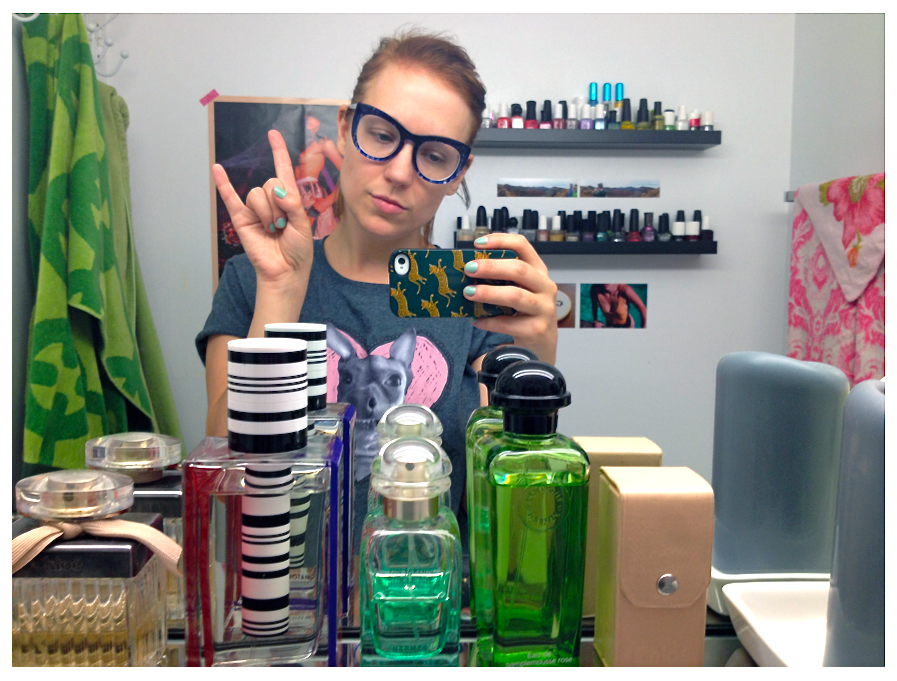 this week cats agree that they are against (and confused by) feminism, and then feminists spoil everything because it is what they do, such spoilers, everything is spoiled.

maybe you saw the news goin' round that a pile of ladies on the internet were making signs-and-posts about why they didn't need feminism. surprise: it is because they don't know what feminism is... anyway! it was-and-is depressing. but as always, the internet is a place of great sadness AND great joy, and the tumblr response to women-who-don't-need-feminism has been joyful, indeed. 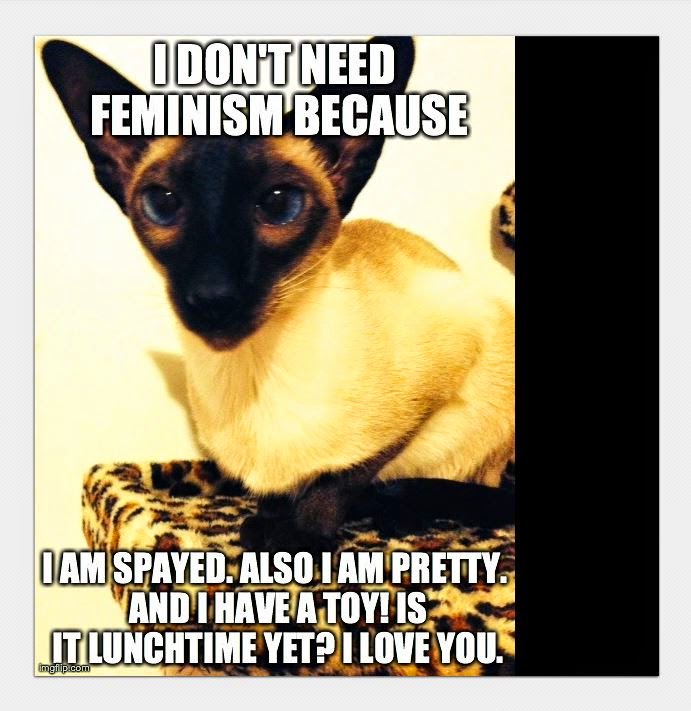 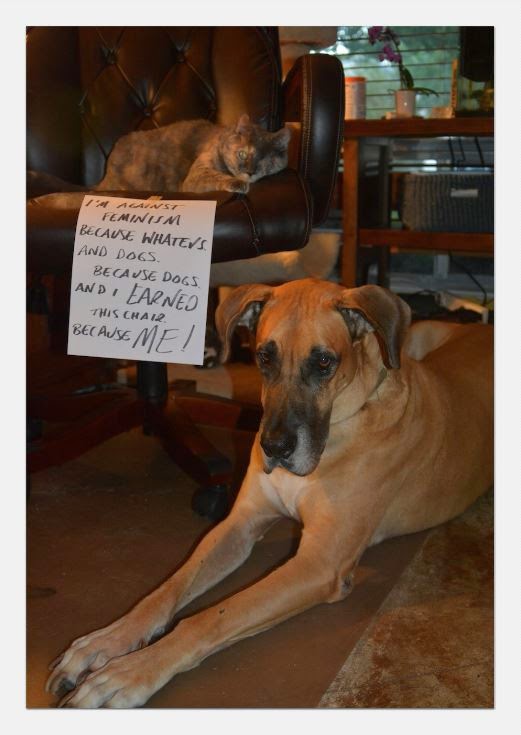 * i don't need feminism because spoilers

high-fives, the internet!! you did real good on this one. really turned that frown upside down. which is important because wrinkles, no boy will ever love me, damn you feminism, damn your wrinkle-causing curse upon me!