don't freak out. i know you're gonna freak out... but. try not to. freak out.

i have to go out to the kennel sometime soon and see which of the two i connect with. oh man. i have a bad feeling i'm gonna connect with both and choosing is gonna be SOOOO HARD! oh man.

but for now. here they are. they currently have their 'kennel names', which, of course, won't stick. i have a list of names to choose from, but i don't want to lean any-which-way till i've met them. 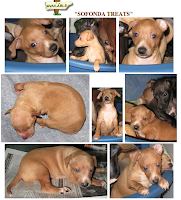 so. sofonda is older. she got born late august, i believe. which means she'd be coming my way the end of october.
utopia is pretty darned new. her birthday is one day before emma's! except. way more recently. you know. by. 30 years. so it would be a bit longer before she'd be ready to come live with me. like. mid-to-late-novembers.

BUT! both girls are, according to john-the-breeder, dominant in their whelping boxes, and therefore ready to go to their homes sooner than the other puppies. (john-the-breeder says that with dominant puppies like them, you want to introduce them to their new homes/families early, as they're faster to develop relationships and so on...) some time around 9 weeks old. is when they'd be ready for me.

also, john-the-breeder provides me with the food bowls! i was all trying to decide what to buy. and. he's all 'i'll give you those.' how nice is THAT?!

okay. so i'm freaking out. but in the BEST WAY!

i found the forks!

here's a quick look at behind the scenes on the last two big style-jobs.

globe and mail! they had us back. which was real real nice of them. sarah was busy as all get out with all kinds of jobs, so she left me to be on set BY MYSELF! ahhhhh! terror-town. danger-ville. she and marissa (remember marissa from the coberg fur shoot? she's back! yay!) picked out the majority of the clothes, then handed them off to me, and set me off to find the shoes, jewels, extras. then i met with tiyana, style editor, and ran her through our ideas, and we picked, and shot. the highlight on this one was definitely pulling shoes from david's - an amazing boutique that carries all the kinds of shoes i dream about owning one day - louboutin, jimmy choo, balmain, valentino, and on and on... beautiful beautiful things. and the salesmen, all middle-aged and in suits, are amazingly kind and friendly and lovely. such a good time. 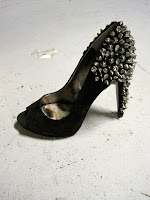 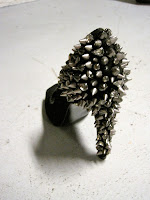 (this shoe was actually from town shoes. it. was. AMAZING! it weighed a ton. serious weapon.) 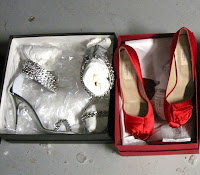 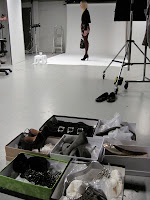 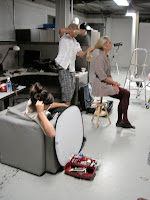 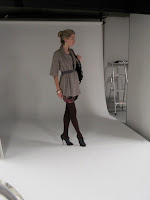 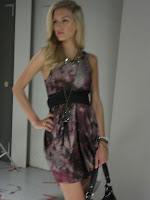 then. another green-screen add! for the ritz carlton. two people, six outfits each, and a BLUE TREADMILL! we did nearly lose the female model in a tragic treadmill-greta-constantine-gown-mashup. but. she remained upright, thanks to her superior heel-handling-skills, and the male model's quick reaction time. scary moment! it was great-and-amazing having marissa on shoot (aka, a second assistant, meaning my work was halved.) she is the bomb. and our returns day for the job was super great. good company. many hands. awesome. 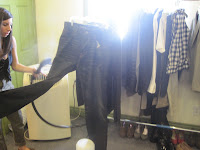 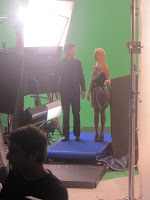 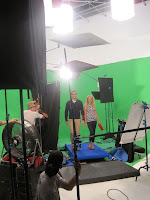 p.s. below is the steamer i want. it is the best one i've encountered so far. just. you know. so you know... 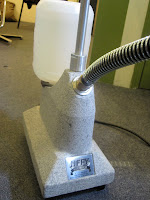